Daenerys Targaryen is the coolest character on The Game of Thrones. To start with she has a ton of cool nicknames, including: The Mother of Dragons; Daenerys Stormborn of House Targaryen; The Unburnt; Daene; Khaleesi; and Queen of the Seven Kingdoms of Westeros. She is a rich character both in the books and on the show Game of Thrones. She frees slaves, bathes in fire, and gave “birth” to dragons. As a new mom, I wanted to wear a costume for mother and child. The first costume that came to mind was Daenerys and her dragons. Since she is such a strong female figure, I thought this would be a great start for dressing up with my daughter for many Halloweens to come.

I found my daughters costume on etsy and had it crocheted to custom fit her. Dragons is an awesome gender neutral costume choice! If you have more than one little one, you can have a bunch of kiddie dragons to surround you. The Mother of Dragons has 3 dragons, but you could definitely have more. I bought my costume and wig on Amazon. 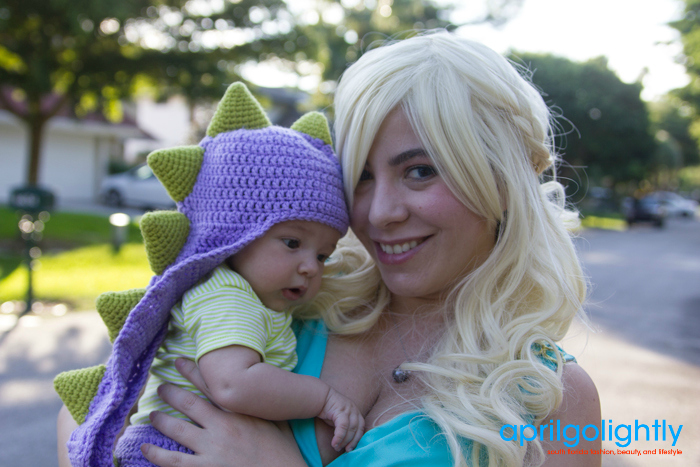 2 thoughts on “Mother of Dragons Costume”