The Real O’Neals is a cool show that shows how a real life Catholics deal with modern day issues. As you can imagine, it is a hilarious show.

The Real Retreat is the new episode that will be live tonight at the 8:30 EST/7:30 CST on ABC. The group of bloggers interviewed the show creators, In this episode, the main character Jimmy is unexpectedly named Faith Leader for the weekend at the Catholic Youth Retreat. His brother, Kenny is a jealous and  decides to take on his older brother’s role as ring leader of the bad kids.

What was the idea behind the show?

One of the creators of the show, David Windsor explained that he first approach two years ago from the network and studio who tried to develop and idea with Dan Savage. “It very loosely based on his life being a gay kid growing up in a Catholic family. We thought it’s interesting. We liked the idea of a family show for ABC that all these really good family shows. It’s very specific, so it was the germ of it from upstairs in this building. I ran after that.

Casey Johnson explained that the show creators all have kids. “David and I have been writing have been writing together for about fifteen years, and we wrote the pilot for this, and when we went into production on the pilot. We [brought] Stacy Traub onboard to help us. The three of us [David Windsor, Stacy Traub, and Casey Johnson] run it together which is great, especially for people with eight children between us.

It’s been fun to show the show to our kids. It’s been really neat. There’s the one episode where the two boys have the fantasy dance sequence together to- I Can’t Feel My Face. It was really neat to show that my daughter because she watched the other boy on a Disney Channel movie and I think had a crush on him, and then she watched the two boys dancing together. It was really interesting. She was kinda like, let me see that again, you know, and then she watched it again, and she loved it. It’s neat as a parent to be able to make that kind of programming for our kids. So you pull from anything that happens to your kids to writing these sort of lines?

Stacy Traub talked about her experience translating to The Real O’Neals episode. Yeah, my daughter is 11, but she might as well be, like, twenty. She’s very much like Shannon, very smart, and that episode, the real man where she’s sneaking off to go work at Wetzel’s Pretzels. That last scene with the two of them- it just really makes me feel like conversations I’ve had with my daughter where she’s a little bit too smart for her age, and maybe too smart for me. We had a conversation the other day where she said something, and I said, you know, that wasn’t very nice. And she goes, well, I’m supposed to be not nice to you now, Mom. We all share- we have writers who are from Chicago; we have writers who are Catholic; we have writers who are gay; and everyone [in] the writer’s room is so lovely because it’s this safe place where everyone shares all these stories. Then we try and figure out which experience works for this story. We want it to feel as real and honest as possible. The Real O’Neals are a family on set and off. Jay R. Ferguson from Mad Men is the father in the show and seems to be the glue on set and off. “Because of how tight we all are, and the bonds that we form very early on, we stay with each other in between takes. We don’t go back to our rooms. We have a common area where we like to hang out and play games and talk. Often, we’ll eat lunch together. “ 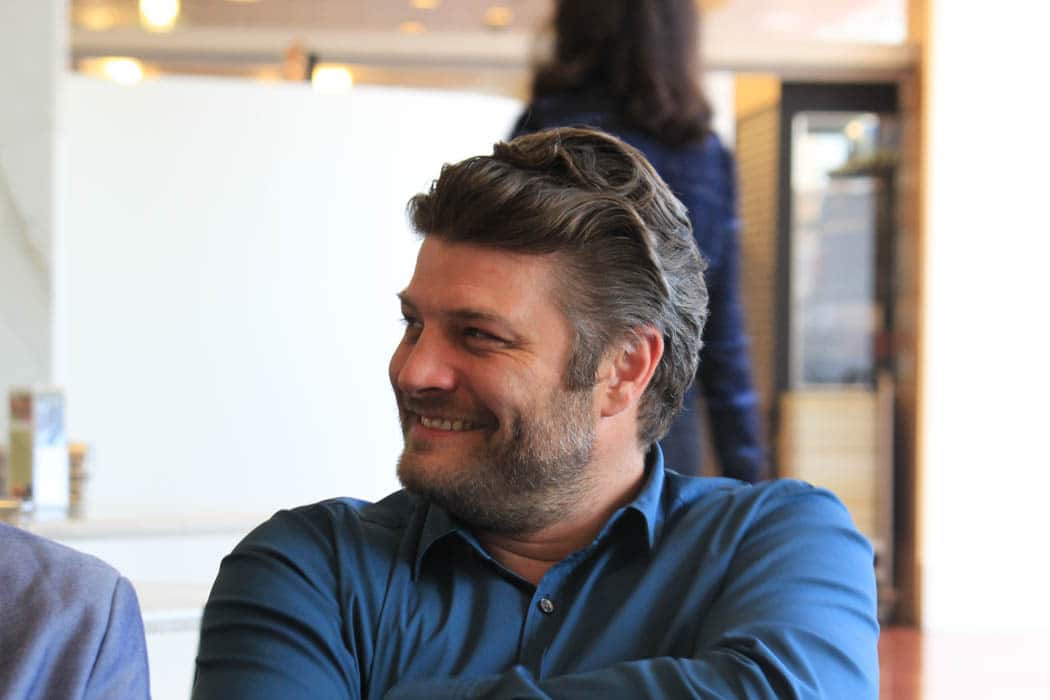 Have you seen The Real O’Neals yet? What are you waiting for? The show airs every Tuesday at 8:30 EST/7:30 CST on ABC. Check it out! You can learn more about the show here in my last post about The Real O’Neals.

Watch the REAL O’NEALS Tuesday at 8:30PM EST on ABC

Be sure to watch the show on Tuesdays, or DVR and watch within 3 days to help the ratings of this amazing show!

For more information, pictures, and bios check out The Real O’Neals on ABC

Most Photos are c/o Coralie Searight Lovebugs and Postcards. Disclosure: I was invited on an all expenses paid media trip to help cover the show. All opinions are my own!