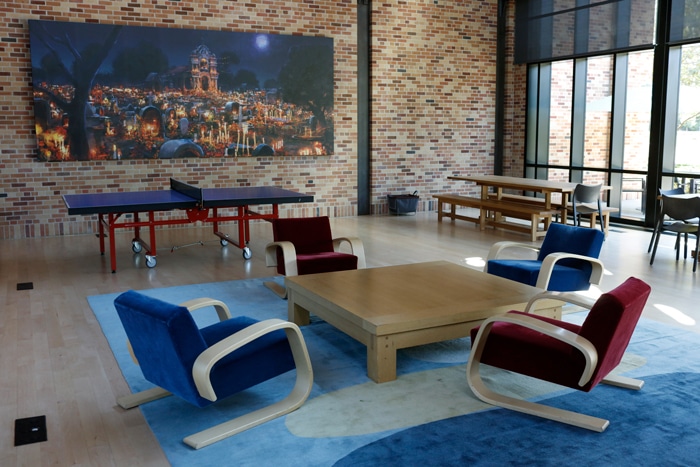 Today we are going to discuss what is Dia de los Muertos. During the interview with Adrian Molina (Writer & Co-Director of COCO) and Dean Kelly (Story Artists for COCO) we discussed the History and Significance of Dia de los Muertos.

The filmmakers wanted the film and the traditions to be “rooted in the real world” (Adrian Molina). They took research trips to Mexico to experience the culture and traditions of Dia de los Muertos.

Here are 10 details about the history and significance of Dia de los Muertos. All the details below came from the presentation from Adrian Molina and Dean Kelly. As with all Pixar films, research was crucial to making a beautiful film. They wanted to go beyond just setting the film during Dia de los Muertos and instead wanted Dia de los Muertos to be a crucial part of the story of COCO.

What is Dia de los Muertos?

Dia de los Muertos means the Day of the Dead.  It is a heritage tradition that is celebrated primarily in Mexico with its roots in the indigenous people and pre-colonial history of Mexico.

As part of the celebration, the souls of the dead are welcome back to the land of the living. The family is reunited with their families. Dia de los Muertos is a grand family reunion honoring the dead. It is a time to be joyful and celebrate the lives of loves ones.

Ofrenda means offering in Spanish. As such, the families of departed loved one leave offerings like favorite food, drink, and other items that the deceased love in life. The items are there to nourish them after their long journey from the land of the dead to the land of the living.

You will often see that the ofrenda alter is decorated with sugar skulls. They are a sweet treat that you can place in our altars as part of our offerings to the deceased. Family Photos on the Ofrenda

When is Dia de los Muertos?

The day of the dead starts on October 31 and ends on November 2 on All Saints Day.

The marigold path is a large part of the celebrations of Dia de los Muertos. It is a path of marigold petals that are meant to guide the ancestors to the cemetery or the home. It is said that the unique smell and the vibrancy of the petals help guide the spirits on their way. The marigold path is a symbol of the connection between generations. They celebrate death and decorate the graves of loved ones.

Before Dia de los Muertos, the families will sweep and clean the cemetery plot of their ancestors. The entire community will come out in mass. It is a quiet occasion, but it is extremely joyous. It is a time for togetherness and reunion. The entire family even with the ancestors is coming together.

During my trip to Pixar, I watched 38 minutes of the new film. In that short snippet, I was exposed to the beautiful imagery of both the Land of the Living and the Land of the Dead.

The Land of the Dead

The Land of the Dead was heavily influenced by the engraver, Jose Guadalupe Posada, the Mexican victoria era, and the city of Guanajuato in Mexico.

The skulls that are so iconic to the celebration are incorporated into the design of the city. In fact, the city is layered that has a network of tunnels under it. You can see the history of Mexico vertically showing that the early people that entered the Land of the Dead are shown at the bottom of the buildings while the top of the structures are more modern.

Department of Family and Reunions

Victorian DMV that lends an air of authenticity because you can feel the bureaucracy.

The Land of the Living

The Riveria Compound has the family home and the Shoes Workshop. The land of the living is filled with imagery of the celebration of the  Dia de los Muertos. The colors are extremely warm in contrast to the cool colors of the Land of the Dead. The papel picados are hung all over the town.

Disclosure: I was invited by Disney to attend this all expense paid press trip but all opinions are 100% my own. Thanks so much! XOXO

3 thoughts on “What is Dia de los Muertos”